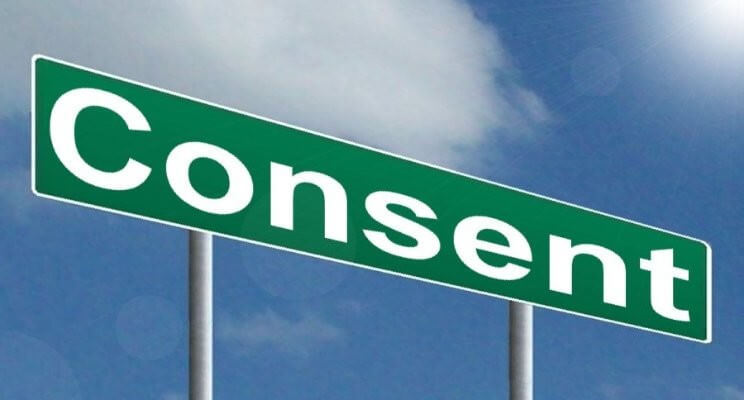 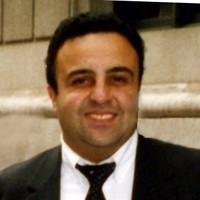 In law of obligations, Consent is the act of pronouncing in favor of a legal act, in the broad sense, and especially of any convention, any contract.

Consent is indeed the fundamental element emerging from the doctrine of the autonomy of the will:

He who obliged himself, thus making himself debtor of an obligation, must have consented to it beforehand.

The French Civil Code, which devotes to the question Articles 1128 to 11444, does not definitely define the consent itself. It merely specifies the vices, known as Viciating Factors that may taint and vitiate the possibility of promising or stipulating for others. For the drafters of the code, therefore, it is a question of consent conceived as individual will.

The Swiss Code of Obligations shares the same principle and does not definitely define the consent itself and enumerates the vices of consent that may taint it and to enshrine the possibility of promising or stipulating for others. For the Legislator, therefore, it is a question of the consent conceived as an individual will.

Modes of expression of Consent

The principle of consensualism a priori excludes any requirement as to the forms of expression of the will, but we must nevertheless be able to establish its existence.

We recognize several forms of manifestations of will, more or less practical or safe:

The advantage, then, is that of ease, but the disadvantage of lack of proof, and sometimes also of equivocation: it is enough to imagine in a large sale of works of art at auction the gesture of " A person who would recognize another one at the end of the room ... or the passer-by who would board a bus to ask for information.

Beyond these positive manifestations of the will arises the traditional question of silence: can we attribute to the silence kept by a person the value of any commitment? The question concerns only the acceptance of a proposal which would have been expressed beforehand.

The formula is well known that "who does not say word consents"; However, the law rejects it because of the dangers which it would engender rapidly: one would see for example the development of home consignments of various objects, the silence of the recipient concluding the sale, except for the latter to devote his days to the redirection Of the parcels (the practice of these shipments is also sanctioned by the penal code). Silence is therefore in principle rejected; It can not suffice for the expression of an acceptance.

It is otherwise when this silence is circumstantial: it may have as a frame of habitual relations between the contracting parties, or even have been foreseen by a previous agreement so that it is tacitly renewed ... These silences are in fact tacit manifestations .

The only real exception to the rejection of silence is of jurisprudential origin: silence is tantamount to accepting an offer when it is made in the exclusive interest of the recipient. The solution is necessary when all risks are removed; We will imagine the proposal of certain donations, debt forgiveness, price reductions ... We are then close to unilateral acts, except that the offer must actually reach its recipient.

In the absence of consent, the contract is non-existent. Non-existence is above all a doctrinal notion, reasoning leading to the distinction between the absence of the contract and the cancellable contract; In practice either there will be no appearance of contract, or this appearance will be destroyed only by an action for annulment. In addition to existing, consent must be of a certain quality.

Consent may exist from an objective point of view without being valid.

The parties must exchange their consents and there are three points for consent to be valid:

However, silence may be worth accepting in several cases:

Defects in consent are a concept of the law of French contracts, which affect a variety of acts ranging from marriage, labor, or commercial contracts to consent to sexual intercourse, thereby becoming a rape.

These vices of consent are listed in Articles 1130 error, fraud and violence) and 1118 of the French Civil Code. 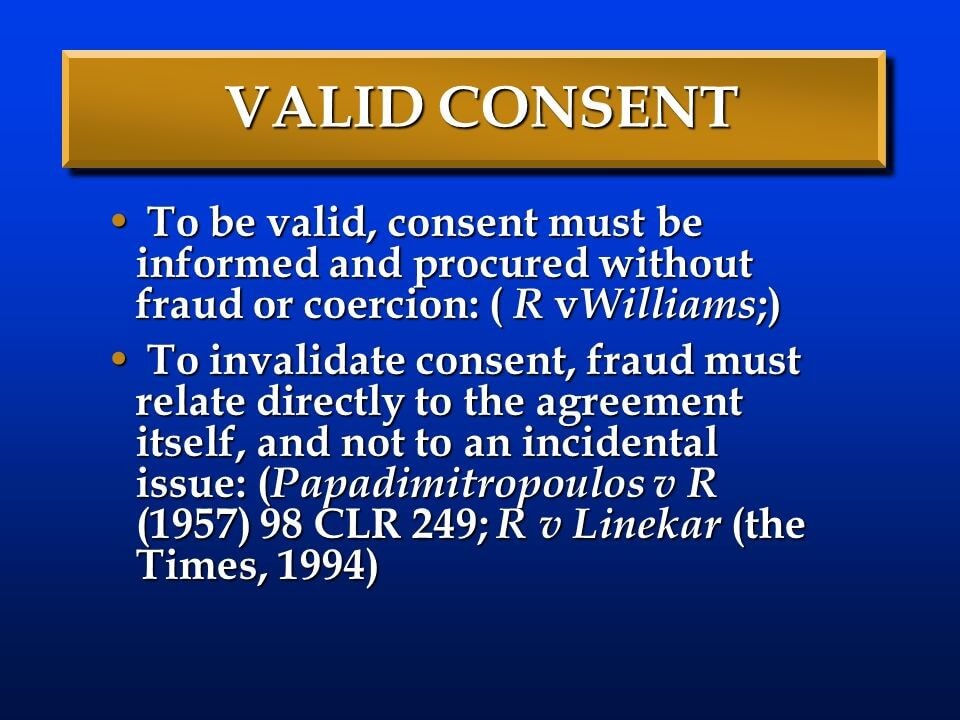